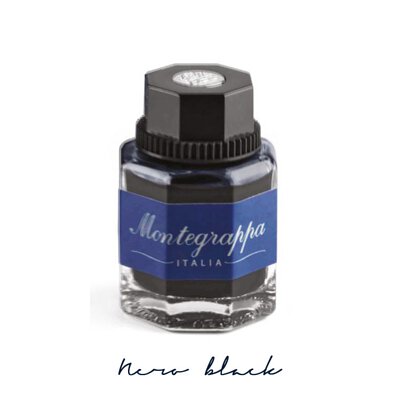 As an official licensee to Ettore Bugatti, Montegrappa is thrilled to present a new limited edition of Bugatti writing instruments: The Bugatti Chiron Collection. The series, like the new Bugatti super sports car it represents, is named after racing legend Louis Chiron, who was a racing driver who won virtually all the major grands prix for the brand in the 1920s and 1930s, including the1931 Monaco Grand Prix in a Bugatti Type 51. His name is more closely connected with the history of Bugatti than any other racing driver. Chiron retired after 35 years in racing, following his career as a driver with an executive role with the organisers of the Monaco Grand Prix. He was honoured with a statue on the Grand Prix course and the Swimming Pool corner was renamed after him.

Montegrappa’s all-new design for the Chiron pens is timed to coincide with the unveiling of the successor to the astounding Veyron. The exclusive Chiron “ultimate super sports car was just presented as a world premiere  in Geneva at the International Motor Show. Inspiring the eponymous writing instruments collection, the Chiron supercar will be reflected in the pen through the unusual combination of materials and design details, while the profile follows the line of the vehicle’s side panels.

Not only is the Chiron collection an aesthetic tour de force: it is a technical triumph, too. The pen functions in its own unique way, with a fresh method for opening it to expose the nib. Instead of screwing out the cap from the barrel, the user turns the outer end of the cap and the pen barrel is freed. The signature clip, shaped to recall the car’s console, also works as a tie-clip.

Fitted with a 18k Gold nib bearing the Bugatti oval badge, the Chiron fountain pen is offered in three writing grades of fine, medium and broad. The collection will feature fountain and rollerball pens only. Collectors, please take note: the Bugatti Chiron writing instruments are limited to 250 examples of each model.

Since 1912, for more than a century, Montegrappa has been manufacturing high-quality writing instruments in the same historic building in Bassano del Grappa, North East Italy.

Bugatti is the brand of a family of artists who distinguished themselves in an environment where other automotive brands were operated by entrepreneurs with a purely technical background. The company founder Ettore Bugatti, born and raised in Milan, Italy, succeeded in uniting this artistic approach with his technical innovations. The result has been a series of vehicles far ahead of their time, and which are today numbered amongst the most valuable classic cars in the world. The brand’s central philosophy of “Art, Forme, Technique” is a description of its mystique.

Still based where the brand was founded more than 100 years ago, in Molsheim (Alsace, France), Bugatti today is an ingenious combination of the artistic roots of its Italian founders, the distinctive understanding of the French for exclusive luxury products and brands as well as the internationally acknowledged German engineering and technological leadership.

The development of the Bugatti Veyron represented one of the greatest technical challenges in automotive history. Bugatti holds two speed world records, the Super Sport is the fastest production car in the world with a top speed of 431.072 km/h and the Grand Sport Vitesse is the world’s fastest production roadster with a top speed of 408.84 km/h driven with the roof down.

At the 86th International Geneva Motor Show 2016 Bugatti presented its latest creation unveiling the Bugatti Chiron, the most powerful, fastest, most luxurious and most exclusive production super sports car in the world. With a power output of 1,500 HP, unprecedented for production vehicles, an exceptionally high torque value of 1,600 Nm and a wide variety of technical innovations, the Chiron sets new standards in every respect. The Chiron is therefore very well-positioned to become the next world speed record holder and reach a maximum speed significantly above the record currently held by Bugatti. Only 500 of these exceptional cars are to be produced.